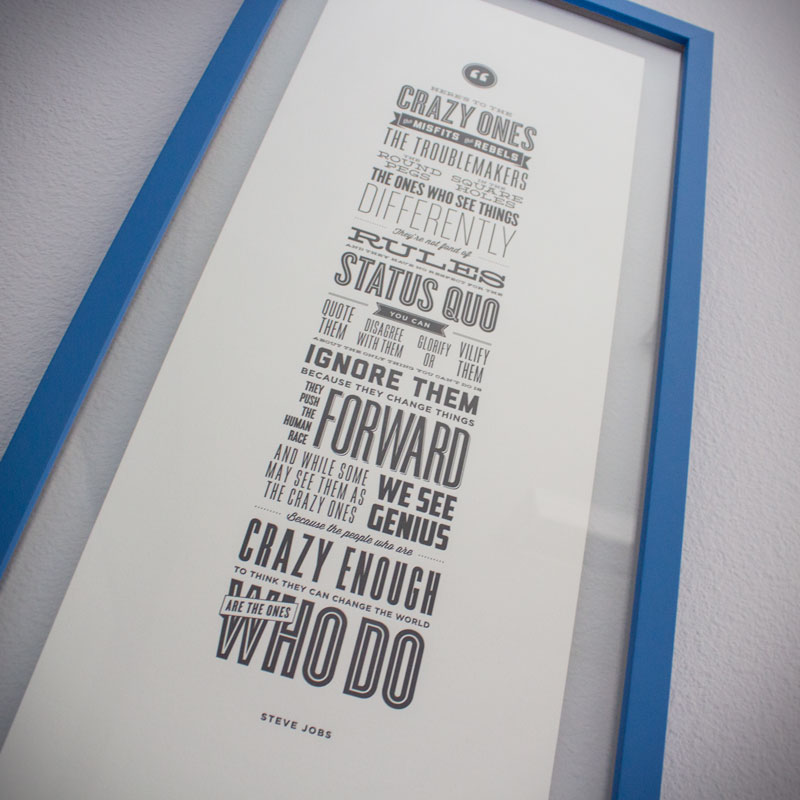 “Here’s to the crazy ones — the misfits, the rebels, the troublemakers, the round pegs in the square holes. The ones who see things differently — they’re not fond of rules. You can quote them, disagree with them, glorify or vilify them, but the only thing you can’t do is ignore them because they change things. They push the human race forward, and while some may see them as the crazy ones, we see genius, because the ones who are crazy enough to think that they can change the world, are the ones who do.”

If this quote seems familiar, it’s because it’s the famous content from Apple’s 1997 “Think Different” campaign created during Apple’s largest decline. The content was written by a creative agency in NY called TBWA/Chiat/Day and Steve Jobs contributed many lines as well. The interesting part is, Steve wasn’t a fan of the content originally — in fact, he hated it. But after working with his creative team, and adding lines like “They push the human race forward,” Jobs produced a campaign that skyrocketed Apple back to the top of the food chain.

So why is the content from Apple’s “Think Different” campaign hanging in the Vuepoint conference room? Great question – But we’ll need to tell you the story behind acquiring it, first.

Oct. 5th, 2011 Steve Jobs passed away, and the world lost an incredible mind. However, his powerful concepts, ideas and wisdom were graciously left behind.

Shortly after his death, a web-app development company called “Brightwurks,” began designing posters of the “Think Different” quote using beautiful typography, letter-pressed into handmade paper. The poster was created purely for the purpose of commemorating Steve Jobs. Plus, 100% of Brightwurk’s profits were donated to an organization called Acumen Fund, whose goal is to end world poverty. The pieces went on sale in December, and Vuepoint purchased one right before Apple politely asked Brightwurks to stop selling them. The only people lucky enough to receive a poster were the ones who ordered during the short period they were online. Now, the inspirational words of Steve Jobs and his creative team are hanging within a Vuepoint-Blue frame for our team and clients to see.

Maybe it’s fate that a rare piece of both art and wisdom would come into our hands at such a crucial time. That’s why we keep our rare poster in the Vuepoint conference room, where all important meetings and decisions take place. It’s our reminder to never settle for the ordinary and to always “think different”. Next time you find yourself in our conference room, take a moment to look at our “Here’s To The Crazy Ones” poster. The typography is beautiful, the content is clever, and knowing the story behind it makes it all the more unique.