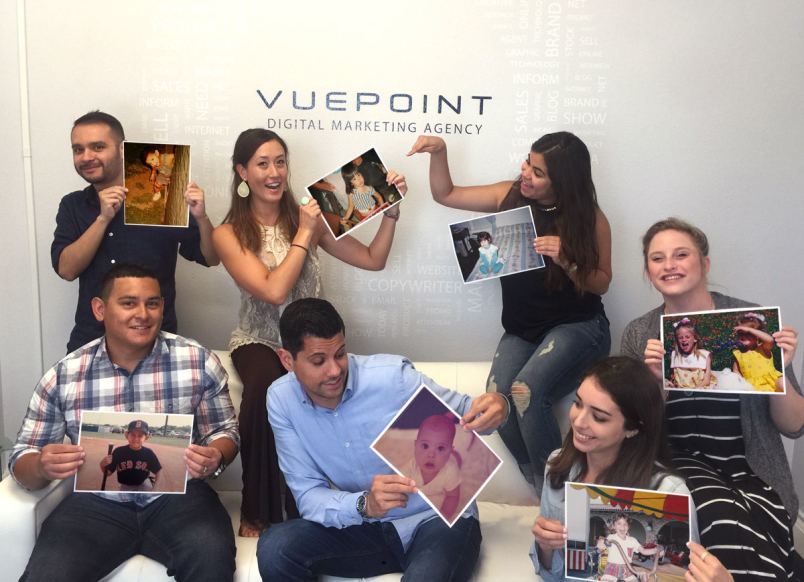 Where We’ve Been. Where We Are Now. Where We’re Going.

When we were younger, we had dreamt of growing up and doing what we loved for a living. As we grew, our dreams began to take shape and change a little. Vuepoint got together and talked about what our childhood dream jobs were, where we are now, and where we want to be even further down the road. We discovered that even though we may not be doing exactly what we dreamt of doing as a child, there is a part of our childhood “dream” occupation in what we do now. 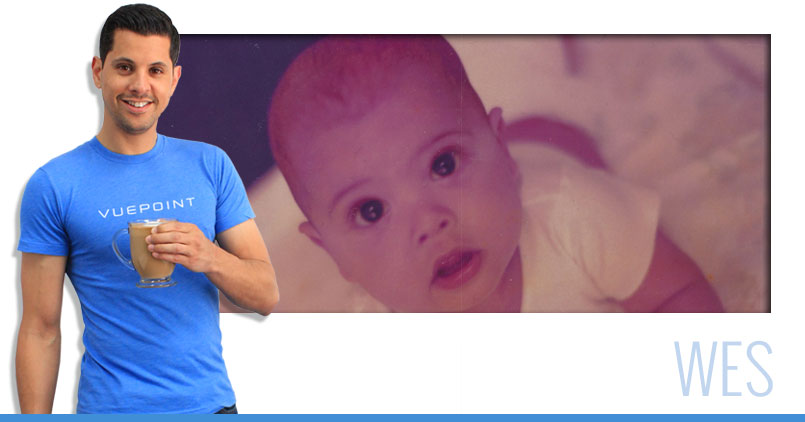 Wes was no fan of the ordinary. He dreamed of being a fighter pilot, but as he grew older, he discovered his knack for creativity. He was constantly involved in creating classroom artwork, and painting school murals that you can still see today. His brave nature and creative mind are what made creating Vuepoint possible. He is fearless in everything he does including speaking and pitching to clients, directing the team, and doing everything in his power to make sure Vuepoint never disappoints. Now, his dream begins and ends with Vuepoint. He wants it to grow into the best, most talked about digital marketing agency in the city. He has the tools and the team to get there, now, he wants to continue achieving the goals he sets while pushing his team further into success. 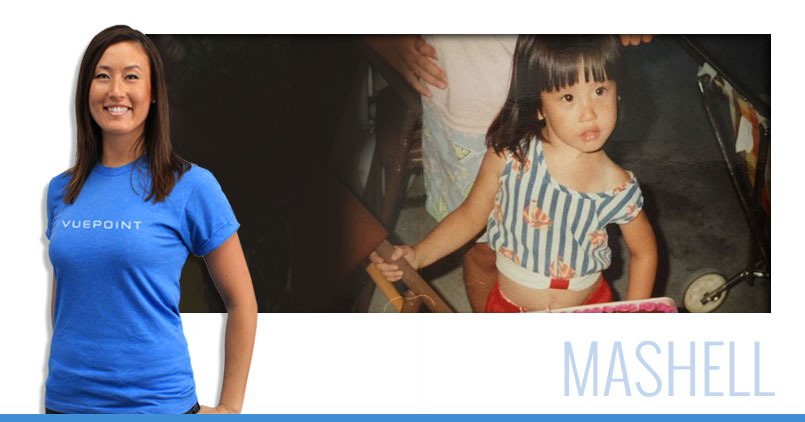 Mashell was always doodling, coloring, and experimenting with lines and shapes. At a young age, she wanted to be an artist. She would sit in front of the glass door inside her childhood home with her box of colors and pencils, and draw the house across the street until it was just the way she liked. Now, she does the same thing, but digitally. She puts time and effort into placing colors, images and content in just the right places to make beautiful websites, social media posts, and prints specifically built to engage the right kind of audiences for our clients. As one of the original members, Mashell has high hopes for Vuepoint. She plans on continuing to improve upon her already brilliant design skills, and mentoring younger talent coming in as we grow. 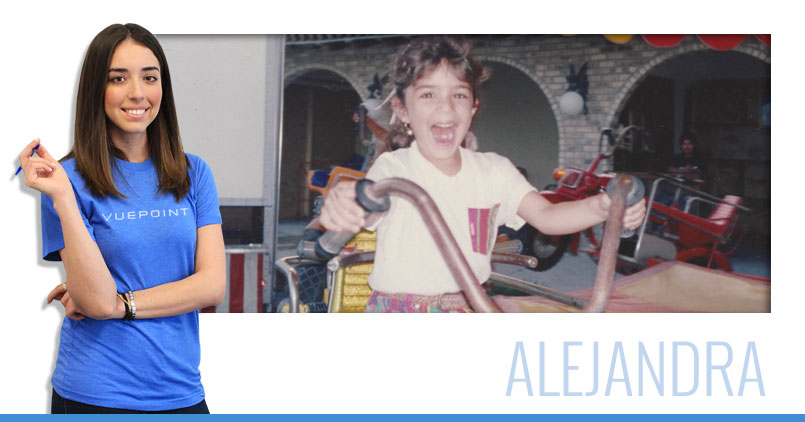 As a little girl, Ale had dreams of being an actress or TV personality. This is what spurred all of the plays she and her siblings would put on as kids. Ale would give out the parts and direct the little actors as they perfected the show for her parents. Although she isn’t famous in Hollywood, Ale is a star at Vuepoint. She organizes the tasks and makes sure everyone is playing their part perfectly so that each project is a hit, and our clients are happy. Ale plans on figuring out new, effective ways for our team to become even more efficient. She wants to continue growing in her Project Management skills and really contribute to Vuepoint’s success. 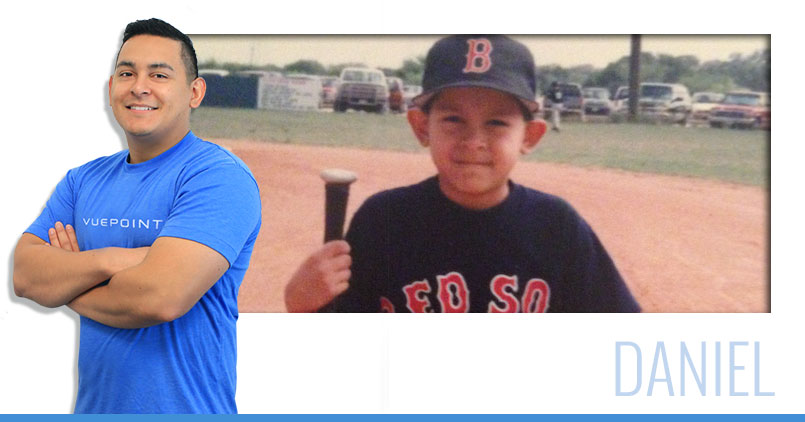 Daniel was a fan of sports and video games when he was a kid. He loved that gratifying feeling that came from working hard and using strategy to win games. Now as our digital strategist, Daniel utilizes his strategic skills for navigating the competitive world of SEO and Google AdWords. He intends to grow as technology grows, learning and adapting to new skill sets and strategies that are needed as the agency progresses. Then, using those skills, he has a dream of owning a company himself one day or developing an app. Whatever he is doing in the future…he plans to be the best at it while teaching others to be the best at what they do. 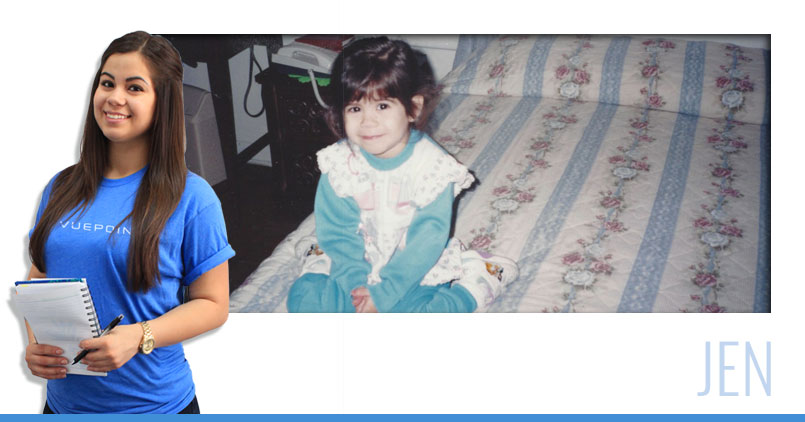 Jenn thought she wanted to be a police officer when she got older. She was attracted to the rush of having to put everything on the line, leading a team, and making big decisions, quickly. Jenn does the same with the team at Vuepoint…just without a gun and badge. She oversees all projects, speaks with clients, and makes sure everyone is doing what they need to so that both Vuepoint and our clients succeed. Jenn doesn’t plan on stopping now. With the years ahead, she wants to push herself and become the best AE the Digital Marketing World has ever seen. She plans to grow with Vuepoint and continue building strong relationships with our clients and team members. 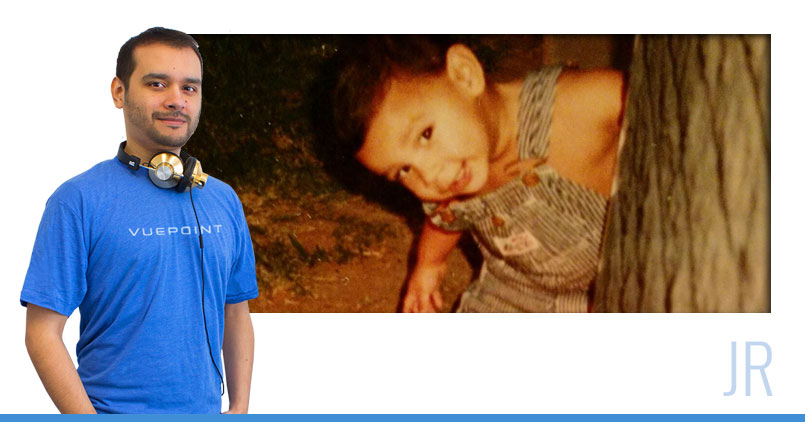 JR has always been creative, even as a little munchkin. He loved to draw buildings, cities, and landscapes, so he thought being an architect would be the right path. But what he really enjoyed were computers, and discovered graphic design later on. Now, he designs and codes for Vuepoint. Equipped with the proper skills and tools, JR wants to design award-winning material while becoming a master developer. He still paints and does non-digital artwork; a passion that will continue to help him end up exactly where he strives to be. 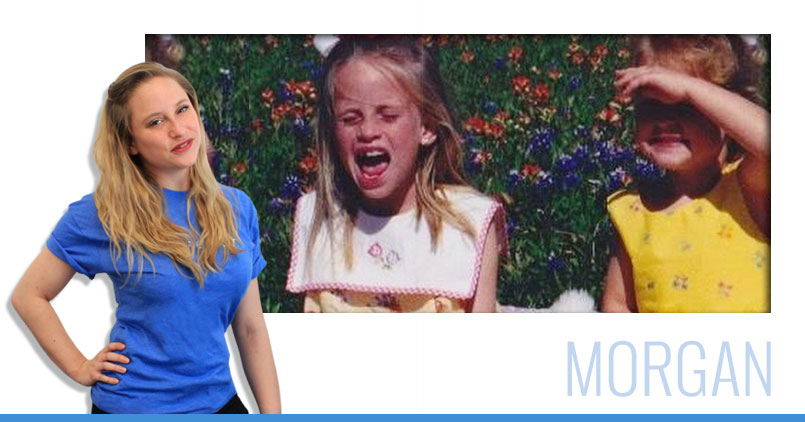 Morgan had a knack for gymnastics and dance when she was younger, and thought she’d pursue a career that had to do with her two favorite hobbies. But, her clumsy, awkward stage proved to be a little more permanent, and that’s when she started reading and writing. She and her dad would rate radio commercials on their way to and from school. It wasn’t until college when her love for advertising and writing were combined. Now, Morgan is our resident Wordsmith. She twists and turns words to form the perfect voice for client campaigns. Although she isn’t a graceful ballerina, Morgan plans to continue polishing her writing so that her words dance upon the page effortlessly. She one day hopes to become a Senior Copywriter or Creative Director.

Even though we don’t know exactly what we’ll be doing when we grow up, we somehow land exactly where we are meant to be. We start developing skills, traits and attributes at an early age that lead us to where we are now. Yes, our paths are all paved a little differently, but we all had one thing in common; we each started with a dream, an aspiration or goal. Now that dream continues to take shape, grow and develop. As long as we don’t stop pushing and reaching, we think the future is pretty bright.