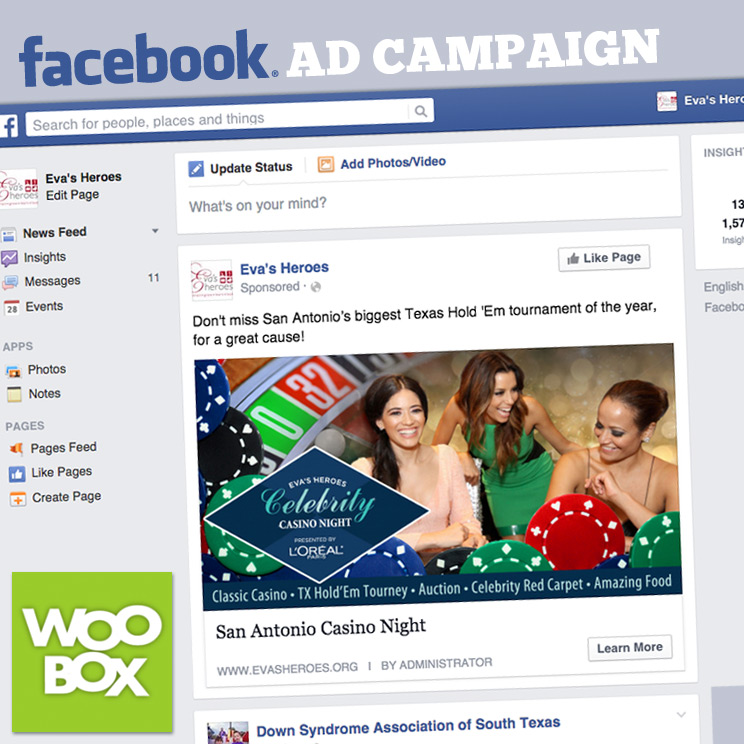 Vuepoint had the honor of working with one of San Antonio’s most well-known charities this month to help make their biggest event of the year even bigger. Eva’s Heroes, founded by San Antonio’s own Eva Longoria, is an organization dedicated to enriching the lives of those with intellectual special needs. Their annual casino night celebrated its seventh year and featured a live auction, poker tournament, and plenty of celebrity interaction, including an appearance by Eva herself.

Vuepoint created an incentive program via Woobox that allowed ticket holders to win bonus poker chips by sharing their ticket purchase on Facebook. We used the Promotions section of Woobox to create a sweepstakes, which encouraged customers who had just purchased a ticket to click on a link at the bottom of their email confirmation to share the event on Facebook. 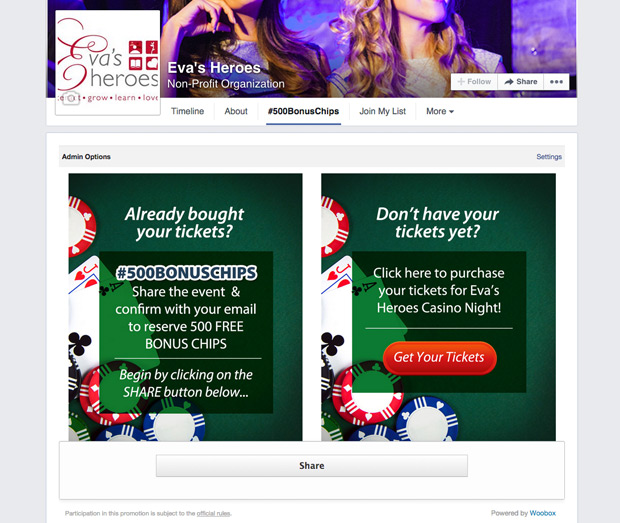 If they followed these steps, their name was automatically added to a list that confirmed they would be given extra chips to gamble with on the night of the event. 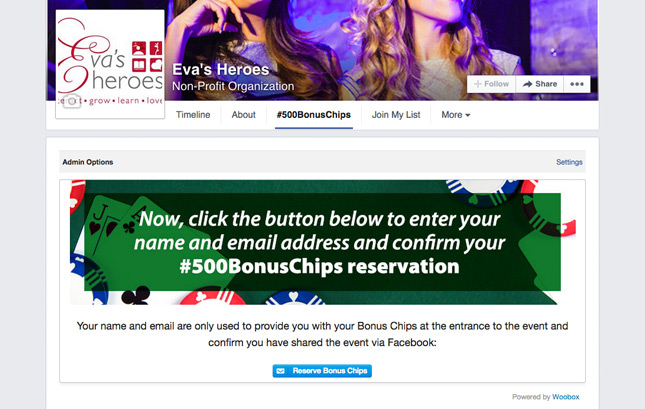 We also ran four different Facebook ads to promote ticket sales, each highlighting a different feature of the event. 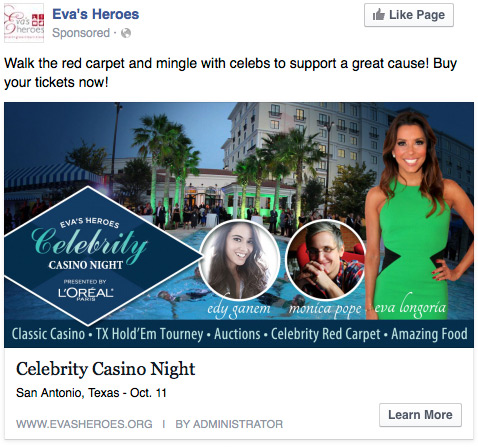 These ads ran in the weeks leading up to the casino night and were successful in driving ticket sales up for the extent of their run time. 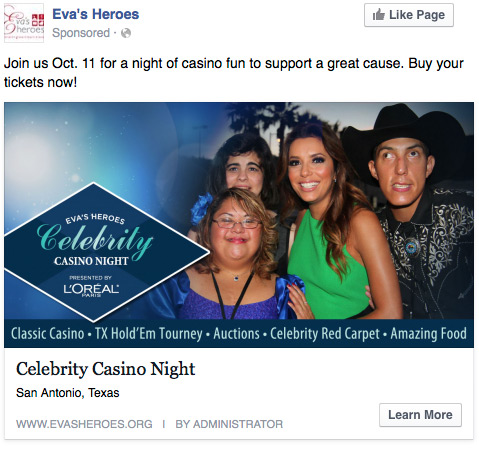 They also increased engagement and interaction on the Eva’s Heroes Facebook page, resulting in increased traffic to their site and social media pages. 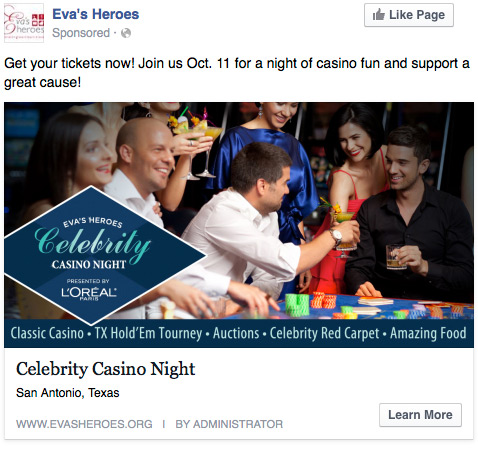 The Casino Night was a huge success, and we’re so excited that we had the opportunity to work for such an amazing cause. Eva’s Heroes is doing great things, both for young adults with special needs and for the community of San Antonio, and Vuepoint was happy to be involved in bringing their event to life.