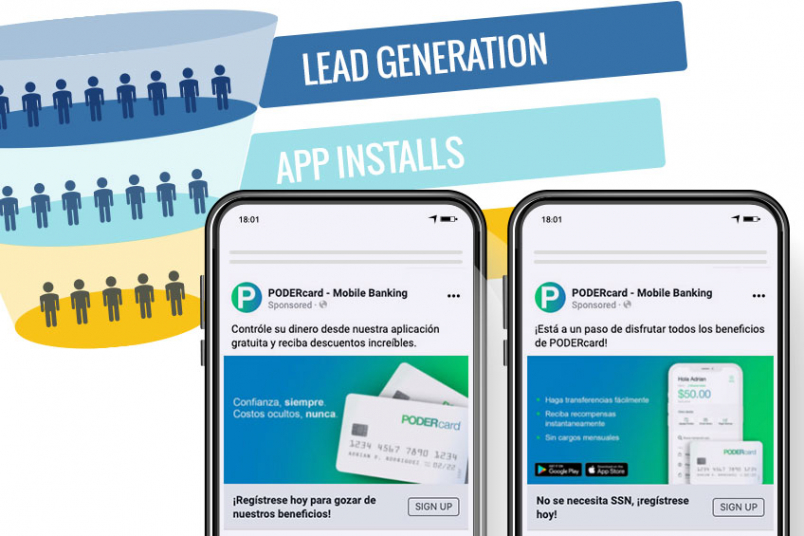 SABEResPODER empowers Spanish-speaking immigrants through the information and services they provide, allowing them to be an informed and active part of American society. One of those products they provide is PODERcard, a digital bank account for the Latino community.

We utilized Facebook and Instagram to target an audience throughout various stages of the process and created tailored ad sets for each campaign. As with any new product being put in front of an audience, there’s going to be some initial interest from the first broader audience. After that interest is peaked, we utilize retargeting techniques to get those users to convert by downloading the app and then finally register for PODERcard.

An Overview of Campaign Components

As a quick overview to understand how our campaigns work, you can think of it as a funnel. The top part of the funnel will gather the most interest and as the user moves through the funnel, fewer conversions will take place.

Each part of the funnel may have a different conversion goal than the previous. As the campaign guides users through the funnel and warms them up to each step of the process, they eventually complete the final conversion goal of registering for PODERcard.

A broader, nationwide lead generation campaign helps us generate a target audience for the initial interest in the product. Highlighting PODERcard’s unique features that are specific to the audience help capture interest. 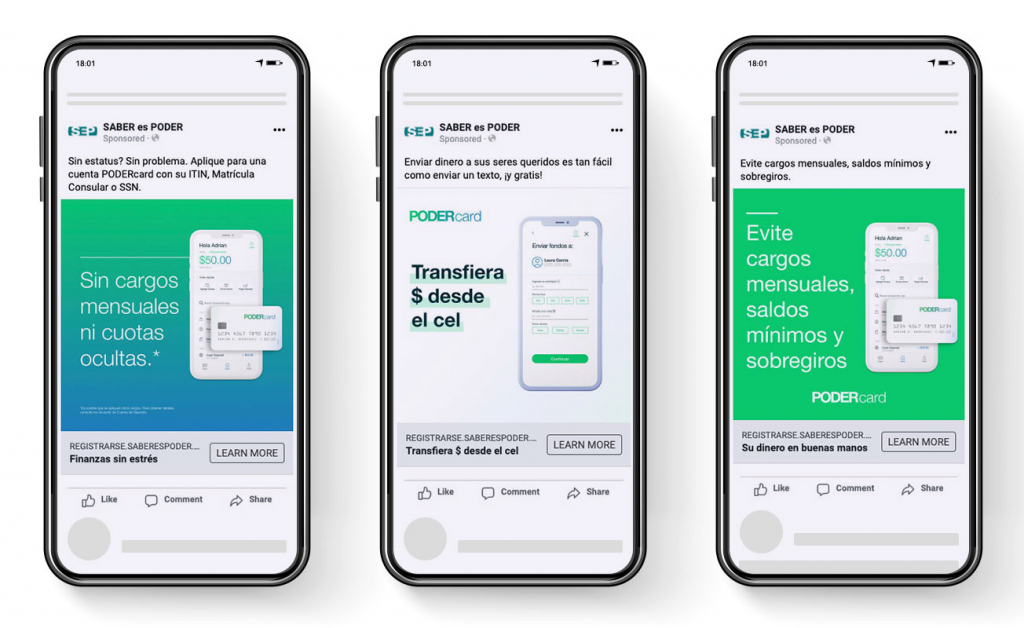 The second phase of the strategy is to encourage the interested users to install the app on their iOS or Android phones if they haven’t already. 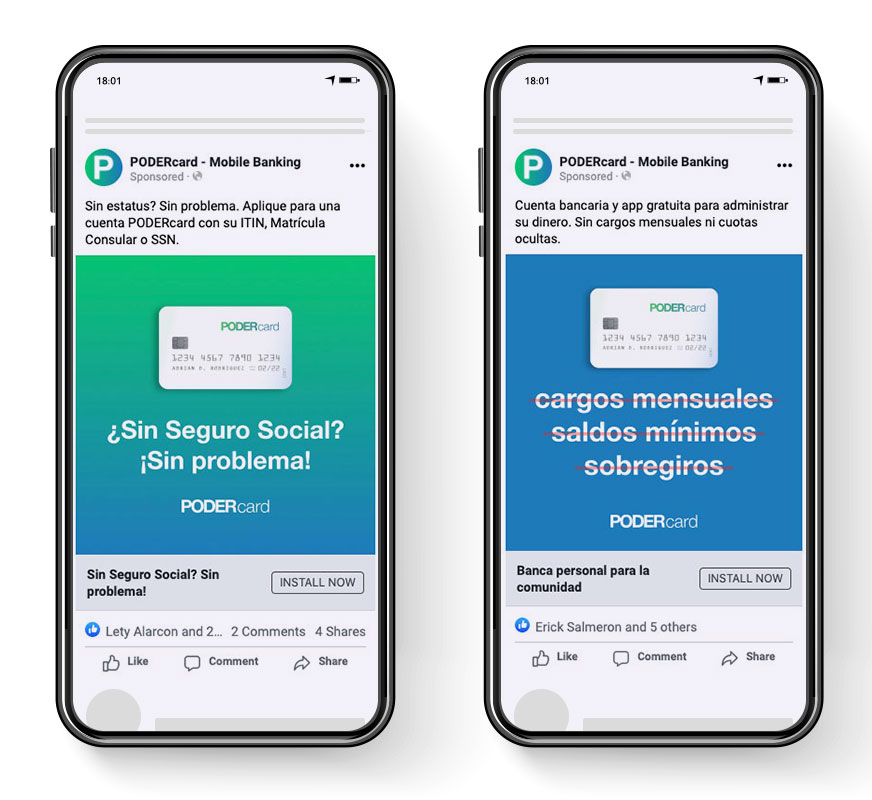 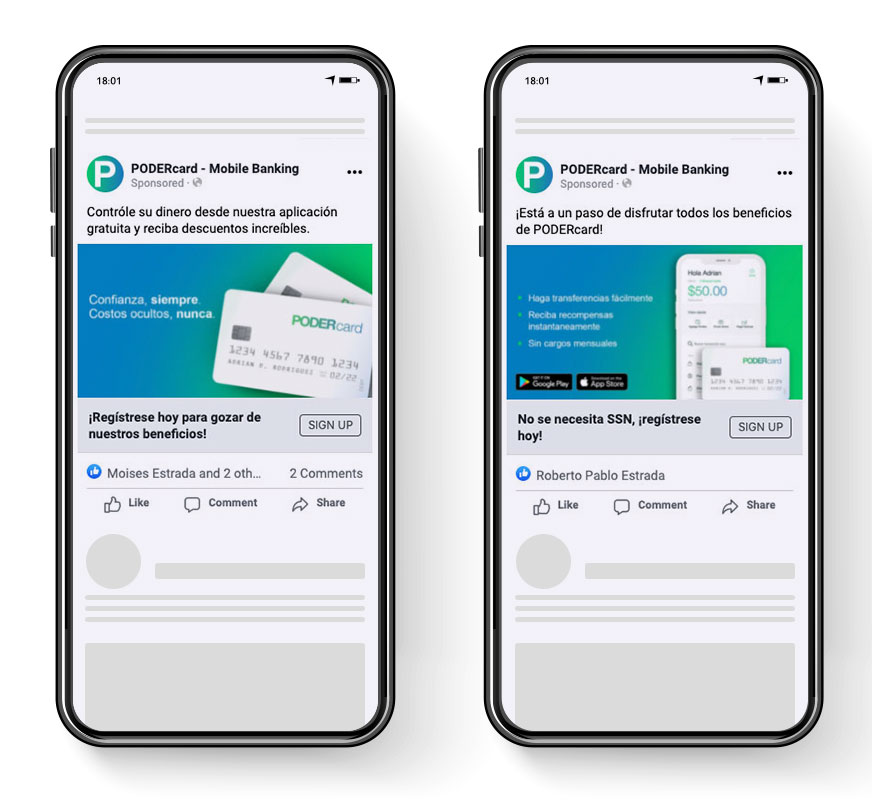 The conversion metrics used to measure the success of these campaigns use a combination of landing pages and buttons with call to actions like  “Install Now” or “Sign Up”.

The initial landing page features an introductory video going over the attractive features of PODERcard to generate initial interest and prompt the user to download the app. 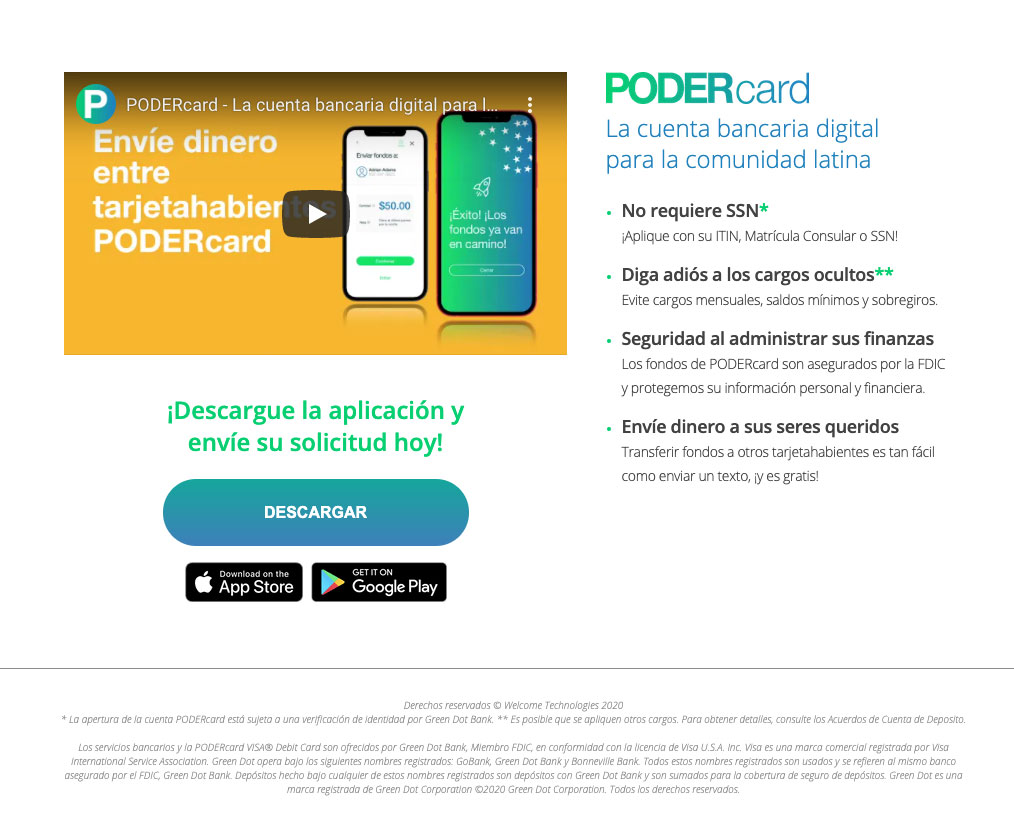 The other landing page highlights the features again and prompts the user to finish their registration within the app to complete the process. 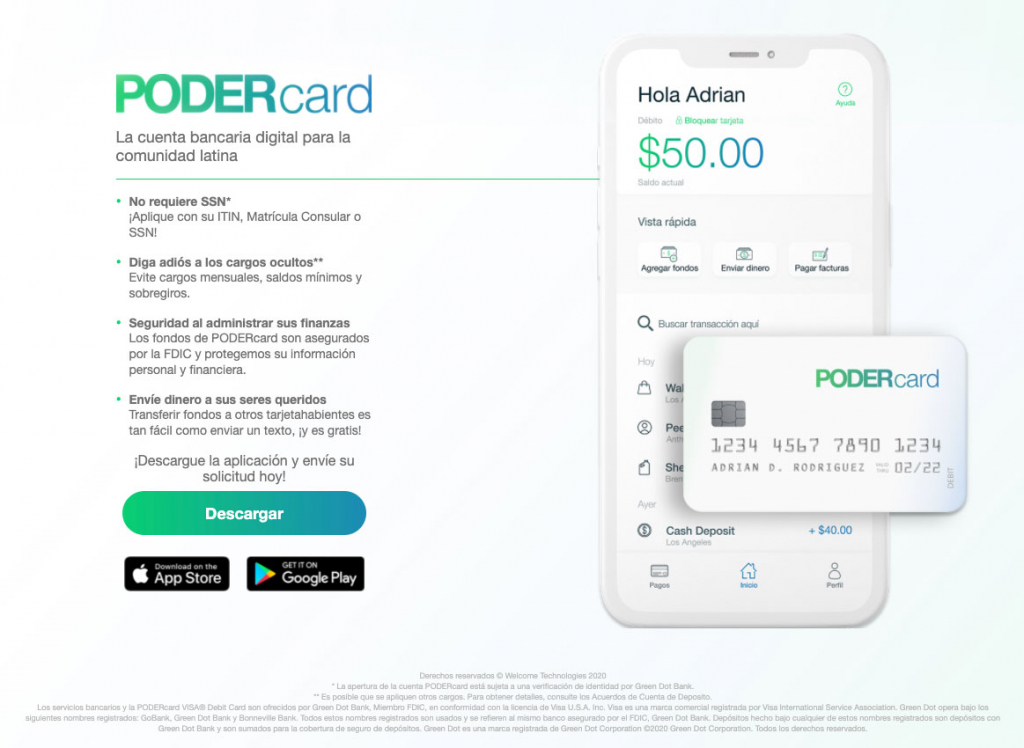 As with any campaign we manage, we closely monitor the metrics for each ad set and make adjustments as needed. This may include refreshing the creative, adjusting the targeting, or even increasing the budget.