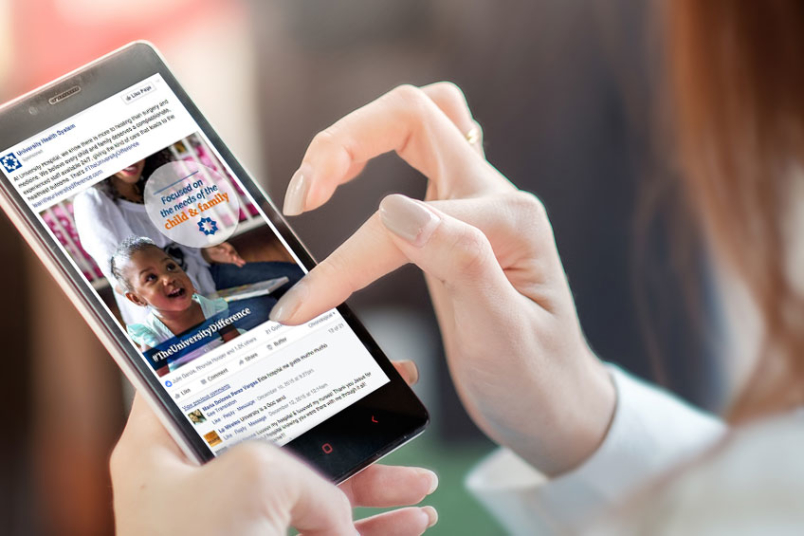 What makes University Hospital’s pediatric team so spectacular? That’s exactly what we wanted shouted from the rooftops (or in this case, on Facebook, YouTube, and the Google Display Network) in the campaign, “The University Difference”. This campaign highlighted four amazing children and their incredible stories. The common denominator was University Hospital and their dedicated team.

The hub of the entire campaign lived at theuniversitydifference.com where four videos tell the inspirational story of each child: Damon, A’vayah, Caden and Abby. The main purpose of this campaign site was to allow viewers to watch each video in its entirety. Each story has a dedicated page on the site that goes into further detail on “The University Difference”. Each patient and their case is unique, but the resources and people who work at University Hospital make all the difference. You can learn more about the campaign site and it’s full functionality by checking out our post on the Mini-Site for the University Difference Campaign.

With Facebook and YouTube’s video advertising features, we knew both platforms would be instrumental in this campaign. Utilizing 15-second video teasers got people sharing and commenting on Facebook, and the videos got traffic funneling to see the whole story at theuniversitydifference.com. We also utilized static image ads on Facebook and the Google Display Network. 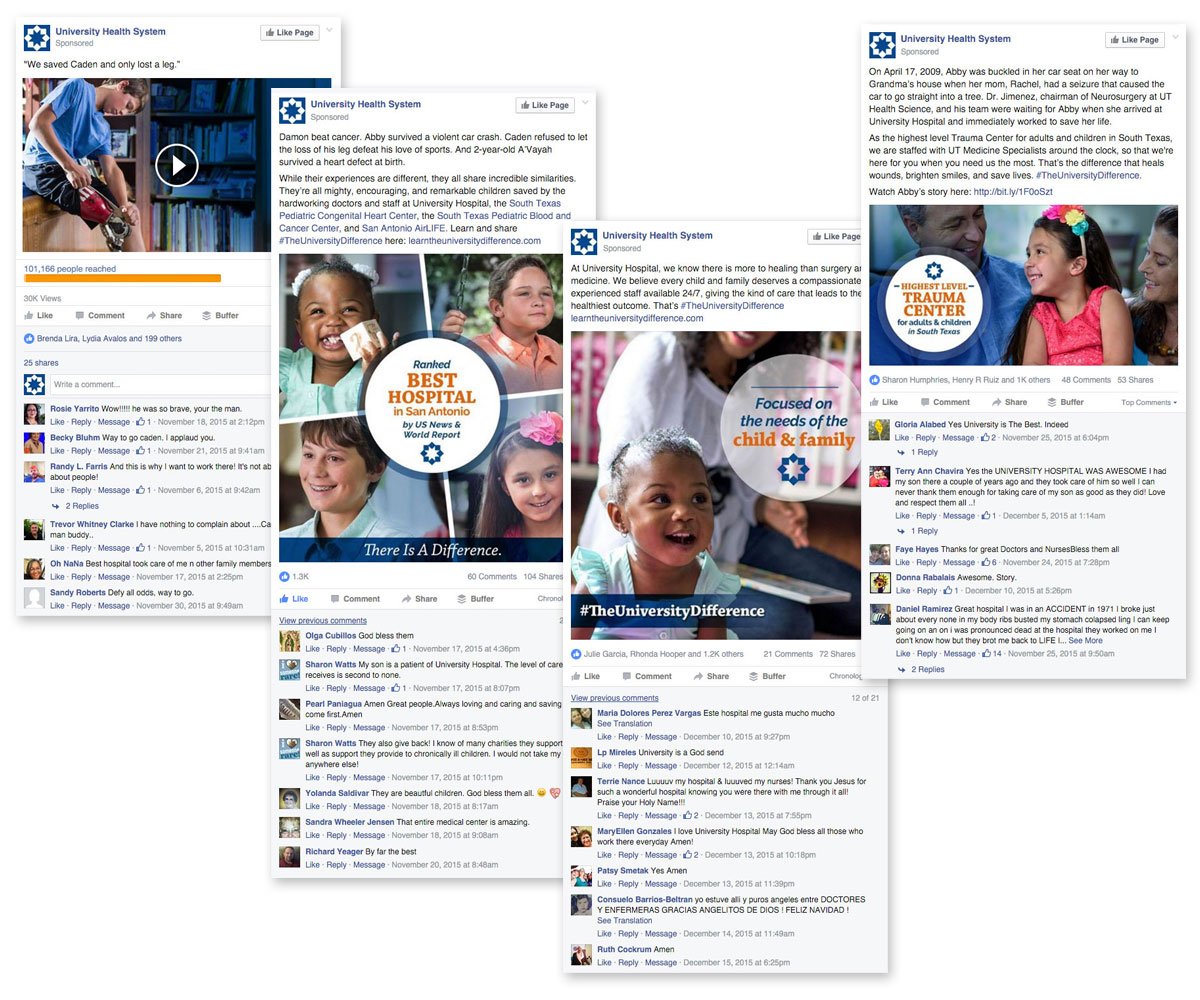 The campaign ran from August to nearly the end of December and included 15-second video teasers and static ads that focused on the quality of UHS and their specialties in pediatric cancer and pediatric trauma. We were able spur quite a bit of engagement on Facebook with a reach of over 1 million people! Overall, the campaign ended up having a total of 17,939 likes and 786 comments on all Facebook advertising. As an indirect result, University Hospital’s Facebook Page grew by more than 500 likes. In the end, the cost per click was low and drove well over 40,000 clicks to the campaign website!

When you compare the digital spend to TV spend, digital is not only more cost effective, but you can see the engagement and numbers for yourself! To shed some light on this fact, the average cost per impression for digital was approximately $0.01 compared to TV which was nearly three times higher per impression. With digital we were also able to pinpoint exactly where the traffic was coming from and really see how our dollars were working. Digital marketing wins again!