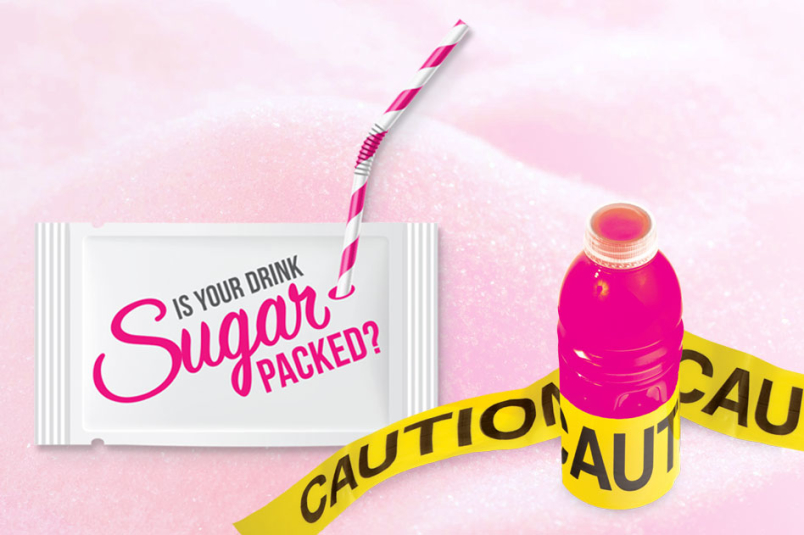 Do you know just how much sugar is in that sweet tea you’re drinking? That’s exactly what we asked Bexar County in the awareness campaign, Sugar-Packed. The Bexar Healthy Beverage Coalition’s goal was to not only educate the public on the sugar content of their favorite drinks, but to encourage them to find healthier beverage alternatives. We loved the idea of this campaign and knew that we could really flex our social media muscle and get people talking.

All traffic was directed to the campaign mini-site, Sugar-Packed.com where the whole video could be viewed. The mini-site has a sugar calculator so you can look up your beverage or simply type in the grams of sugar your drink contains. The calculator gives a result in units of a “sugar packet” to help people better visualize how much sugar they are actually ingesting. There is also information on the recommended sugar intake and how one sugary beverage can easily set you over the edge. Check out the video:

While we knew the video ad would catch the interest of users on Facebook and Instagram, we also wanted a more tailored message for each audience. So we created four static image ads targeted to different age groups. It’s probably obvious what age groups are being targeted… 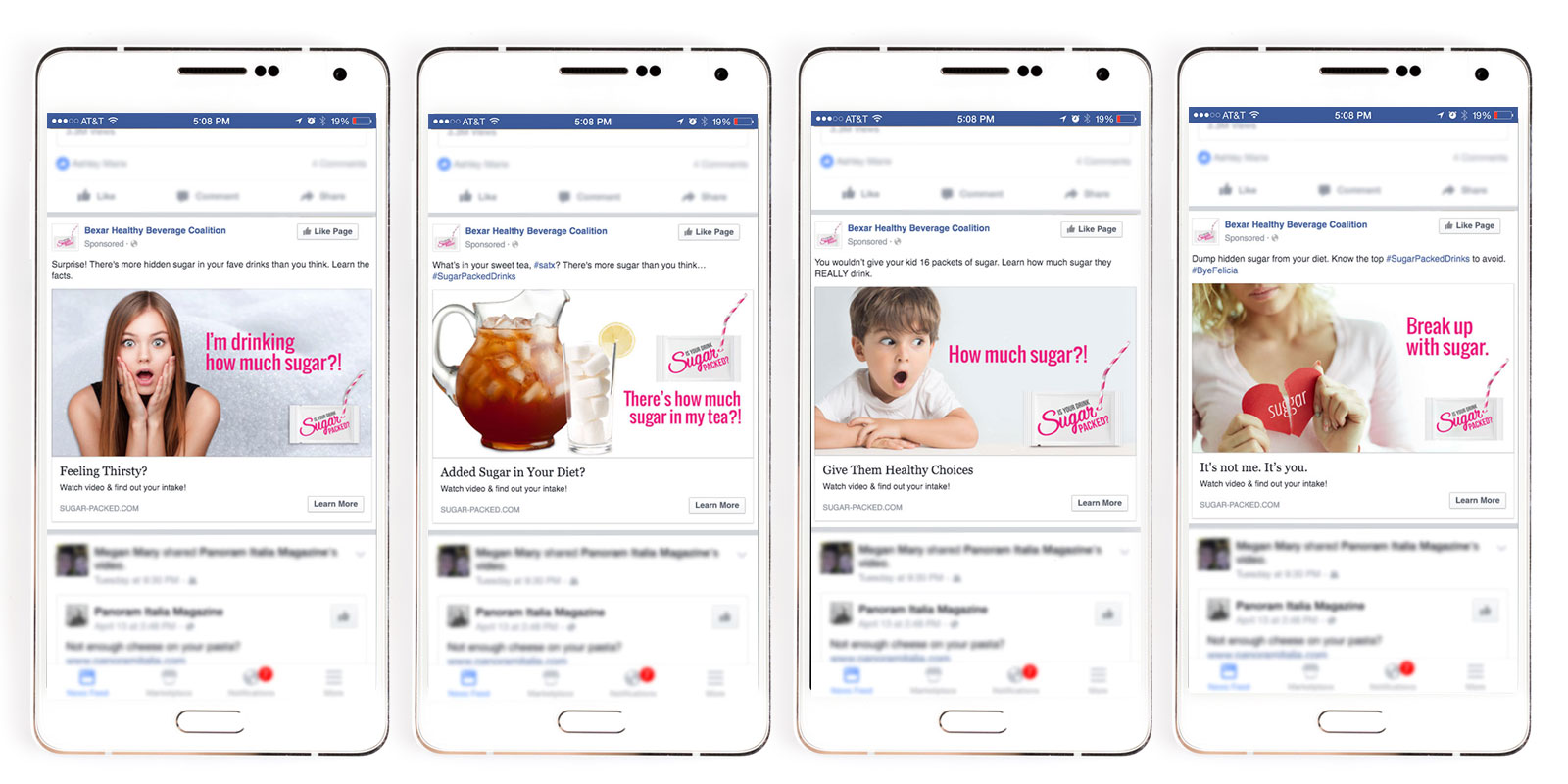 A broad range of ages in Bexar County were targeted so we knew we had to segment the campaign into a couple of different age groups. It’s just not effective to speak to an 18-year-old girl the same way you’d talk to a 36-year-old mother of two. Segment groups included ages 13-24 and ages 25-34. Within the 25-34 age group we narrowed it down even further to target parents and crafted the message accordingly. 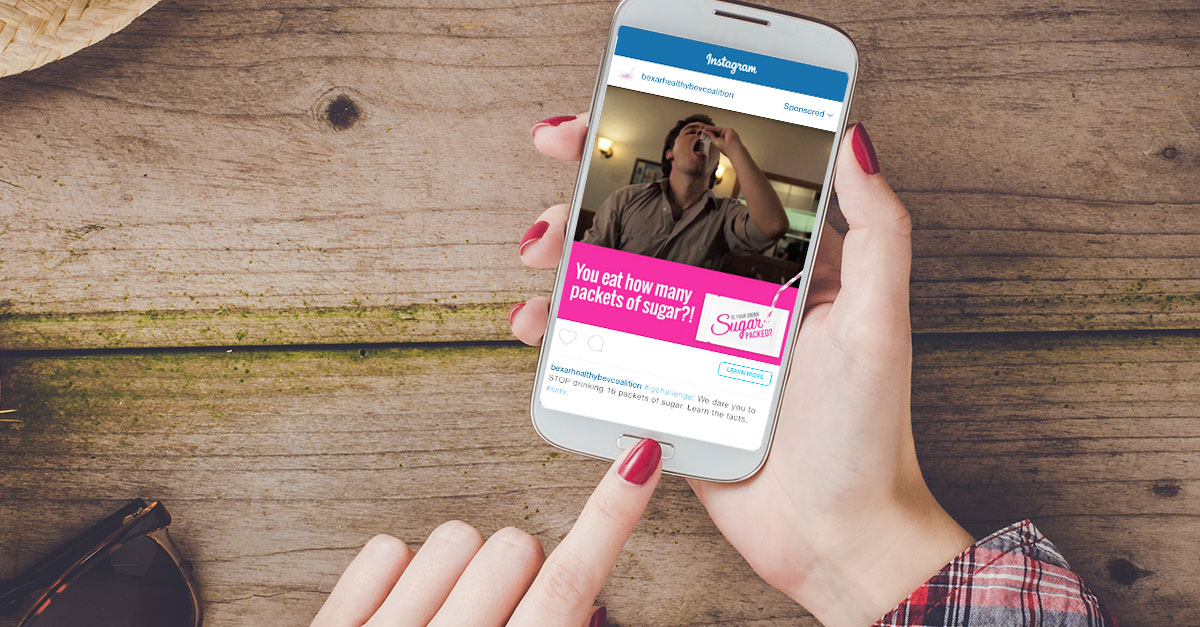 We ran the campaign for almost two full months and ended with a total unique reach of over 500,000 people in Bexar County. That’s almost one-third of the entire county! Talk about reaching a large audience!

We found that when it came to driving traffic to the campaign website, Facebook was the top driver of traffic. However, Instagram takes the cake when it came to the most engagement. The video ad targeted to the 13 to 24 age group received over 100 comments and over 3,000 likes. The video ad captured the interest of 4,282 people from that audience because they watched the video in its entirety. And people were definitely engaging and sharing the video with their networks… 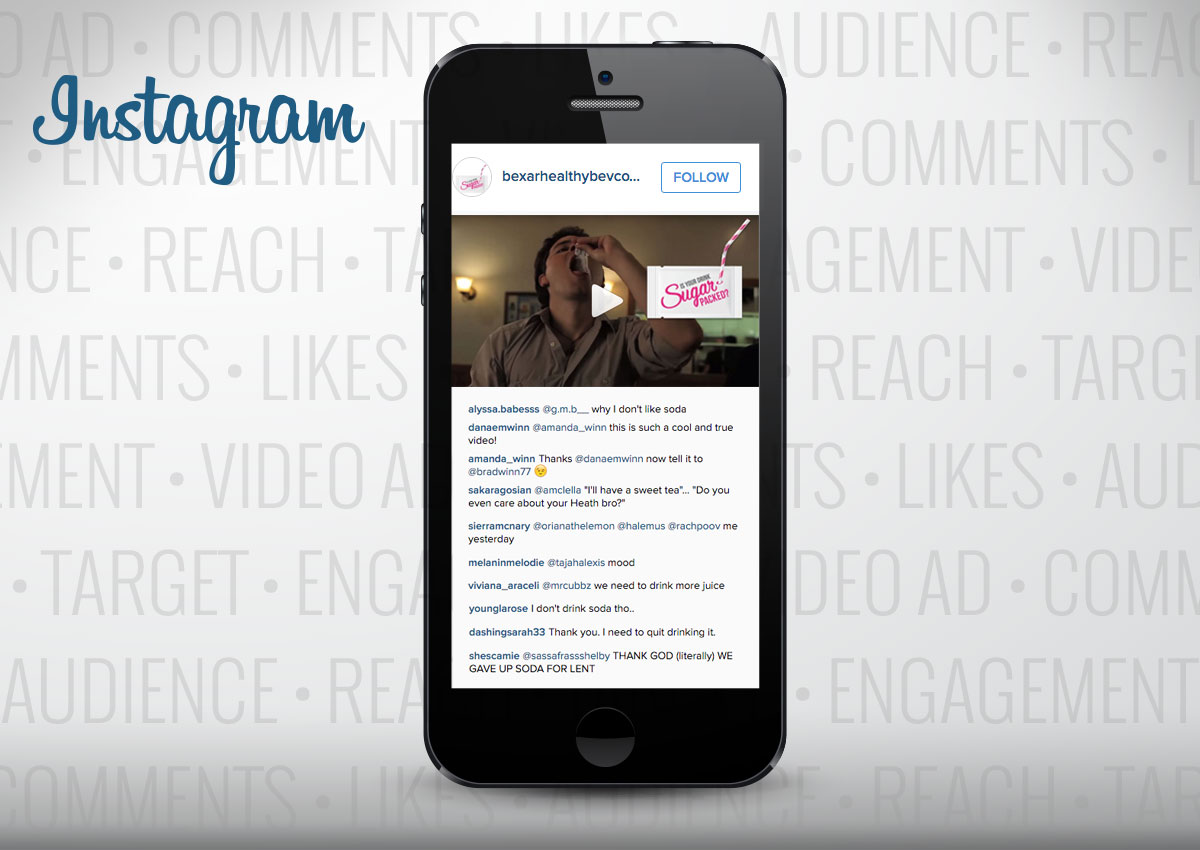 Each platform (Facebook/Instagram) had its advantages so we know the two combined created a successful overall campaign. Facebook was a great traffic driver and Instagram really got people sharing and engaging with the video. The reach of this campaign was staggering when compared to traditional mediums for advertising. There’s really no sure-fire way to measure the results of something like a billboard or TV commercial, but we’re pretty sure that it’s not even close to reaching one-third of Bexar County like this digital marketing campaign was, and when you compare that to the dollars spent, it’s no contest.